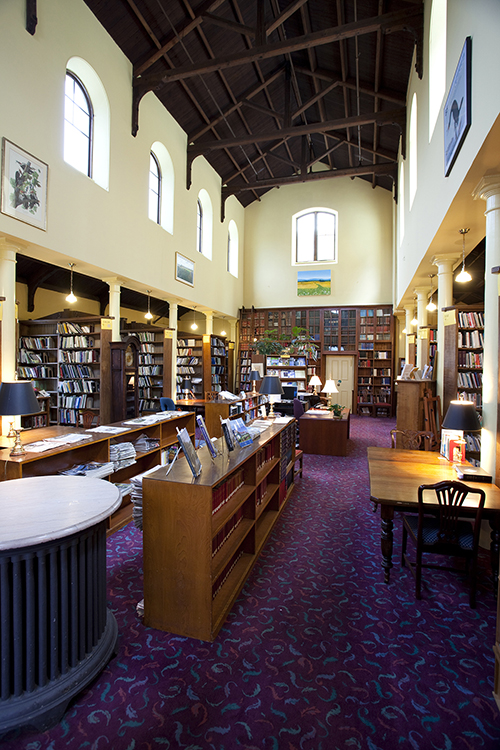 The Libraryâ€™s collection is strong in the social sciences and humanities with emphasis on administration, economics, Canadian history, law, political science and social interests. The New Brunswick Collection is the largest collection known of its kind. It is comprised of materials written by New Brunswickers and/or about New Brunswick. The size of the entire library collection including the government documents collection is approximately 220,000 volumes.